I would like to begin my intervention by expressing a wish:  that this Subcommittee should truly analyze with objectivity and without prejudice the real situation of abortion in , without forgetting whatever part of this immense drama each of us finds most distressing in view of our initial stance on the matter.

As of this moment, I would also like to make my position clear to the Honourable Members: to my mind there can only be one human and constructive solution to the subject of abortion: to always protect the nasciturus like any other human being and to always protect the mother so that she is never forced to contemplate abortion as the only way out of the problems deriving from or accompanying her pregnancy.

In the light of these criteria, an evaluation of the effect of the 23 years during which the present legislation on abortion has been in force in must conclude that there has been a tragic neglect of the rights both of the unborn child and the mother: this law has protected neither the one nor the other.

Application of current legislation has put the life of the unborn child in a situation of total vulnerability, to limits which are incompatible with the protection our Constitution requires, as established by the Supreme Court in their ruling 53/85. As it was, the protection required by the Supreme Court was already limited and insufficient;  but even that level of protection has not been guaranteed in practical terms, for three reasons: first, there has been a generalized situation of fraudulent misapplication of the diagnosis of “grave psychological danger for the mother”; second, abortion has been largely privatized in clinics which have been set up with a view only to  doing business; and third, there have been no mechanisms of prior or subsequent control since the Royal Decree RD 2409/86 eliminated the already existing Assessment Committees which functioned between 1985 and November 1986. I demonstrated this as early as a paper published in the Journal of the Madrid Attorneys Association. From that year on, the situation has continued to deteriorate, as is demonstrated by reports of judicial proceedings in the media over the past few months.

At the same time as the life of the nasciturus lost all legal value in practical terms, and in fact became less protected under law than many animal and vegetable species, the pregnant mother was abandoned to her fate by a law under which she became the “other victim” of abortion. In fact, the current legislation has produced a pernicious effect: the mother is the only one who is responsible for what happens: given that she can decide to abort – and only she can decide that – if she decides not to do so, she and she alone must carry the whole burden of responsibility deriving from the birth of the child; and if she decides to abort, she and she alone is responsible for what she has done.

The legalization of abortion is a sexist solution, which, by transferring the burden of responsibility to the woman, frees the man from the consequences of his sexual conduct. It is now only the woman who pays the price of a mistake: if she has an abortion, she does so because it is her decision; and if she doesn’t abort, it is her decision to “have it”.  In practical terms, the possibility of a legal abortion has become a form of “gender violence”, a type of blackmail against women in their relationships.

Thus abortion always produces two victims: the child who does not reach birth and the mother. It is my wish that this Subcommittee should analyze the scientific evidence available relating to the “post-abortion syndrome”, that terrible psychological laceration which affects many women after abortion and which is inflicted on her by our present legislation, in a context of gender exploitation.

In my opinion, this is the reality which this Subcommittee should examine, in order a propose of profound revision of the current legislation, so that never again should the life of the unborn child be unprotected and so that never again should a woman be faced with such a dramatic situation of having to have an abortion in a context of legal destitution and sexist blackmail by an irresponsible partner protected by the so-called “law of abortion”.

Abortion is a very serious matter for the mother, and, it goes without saying, for the baby. The way that abortion has been trivialized in our society is also most disturbing because it legitimizes a form of violence against women and children. It is therefore not reasonable that the legal treatment of abortion should be that of a private matter of little importance. This is the effect of a law of periods.  A law of periods would be to treat as anodyne something of enormous negative impact on human rights and women’s health.

If this Subcommittee decides to maintain legislation on the lines of that in force now, it should at least take a number of steps to prevent the legal fraud under which the legislation is at present applied and at least partially to remedy the injustice it generates.  I suggest the following:

•A maximum period for the so-called “therapeutic” abortion” and the need for mandatory diagnoses to be issued by public health personnel, or at least by personnel having no professional or mercantile relationship with private clinics which carry out abortions.

•An exhaustive regulation providing for “informed consent” so that no woman be under constraint to have an abortion without sufficient information on the consequences (including information on post-abortion syndrome) and on possible alternatives.

•To intensify the ethical use of prenatal diagnosis, with improved medical protocols on the reliability of results and the way in which patients should be informed.

•To reestablish mechanisms of prior control (similar to the Assessment Committees which existed in in 1985) to ensure observance of the terms of the law.

•To promote and speed up adoption procedures, including prenatal adoption.

•To create a support network for the pregnant woman, so that no woman is under constraint to have an abortion through lack of viable alternatives to handle the problems which are at the root of the decision to abort.

Over and above the debate on how abortion should be treated in our legislation, there is something which this Subcommittee should in my view take into consideration: abortion, each abortion is something evil, something terrible, something which should never happen; and for this reason, something which the public authorities should undertake to prevent.  Over and above the legal consideration of abortion, there are certain aspects of public policy on which we should all coincide: in other words, those aspects whose final objective is to eradicate abortion and to ensure that no woman has to face such a dramatic situation. Abortion is always a failure.  One hundred thousand abortions a year are an enormous failure of the public authorities in .

In the war against tobacco, against alcohol, against traffic deaths or against domestic violence, there has been success because the Authorities have become involved.  If we had considered people’s conduct in these areas as something private, as something of indifference to the public good, nothing would have been done and the related problems would have continued to increase. Why not do the same in the case of abortion, going even further than its mere legal consideration? This is ground on which we could all perhaps agree and help to avoid so much failure and so much suffering.

I would like to propose a number of measures which, in my opinion, this Subcommittee could evaluate and endorse, if our common objective – of all of us! – is to prevent any woman from having to go through such a dramatic situation as an abortion:

•Help to increase public awareness of the right to birth of handicapped children.

•Create and endow an information and support network for the pregnant woman so that she never has to face alone the problems generated by her pregnancy and is always informed of alternatives which are compatible with the continuation of the pregnancy.

•Public campaigns against abortion similar to those against smoking and traffic deaths, with information on the real consequences of abortion.

To put the question in these terms requires us to overcome what I understand as the major obstacle in the present day parliamentary and social debate on abortion in : the economic interest of the firms that have made abortion into a business. Unfortunately it would appear that the debate is overshadowed by these companies, with their fear that the courts will begin to apply legislation in this matter as they do in every other aspect of the law.  This is what one can deduce from news in the media and from the analysis of who the government talks to on this matter.  It saddens me enormously that what appears to weigh most in the consideration of such a terrible and dramatic thing as abortion is the economic interest of a small number of people.

The reality of abortion in today is that a fundamental right safeguarded by our Constitution is in practice totally unprotected – the right to life of the unborn child and the situation of injustice faced by the mother.  A law of periods would only serve to increase these evils. A policy which treats abortion as what it is – something which should not happen – would begin to reverse an unhappy situation which gets worse and worse with the passage of time. 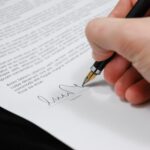 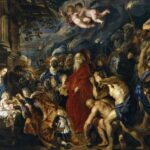